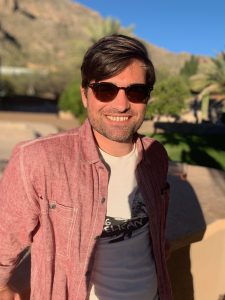 Todd joined the NYC REIC at its April 2015 meeting.  He believes that cooperative ventures, by building-in the values of democratic community control, can sustainably balance citywide and local decision making and repair the tensions that traditional business enterprises typically suffer from.

In 2015, Todd was also a recipient of Lawyers Alliance for New York’s Cornerstone Award for his pro bono work with community development financial institutions, especially community development credit unions. He served in Operation Enduring Freedom and is an active member of About Face: Veterans Against the War. 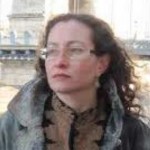 With over 25 years of experience internationally as curator, producer, project manager, working in museums, galleries and alternative spaces, and with non-profit organizations, and large international consortia, as well as editor, translator, writer in contemporary art, film, architecture, Adele has a range of skills including organizational, people and teambuilding skills, and strategic, planning, marketing and fundraising ideas for the benefit of institutions. With a background in psychology and film studies, she has been devoted to social issues and human rights for most of my life and career. The most relevant experience she brings to the Steering Committee is as Former Chair and Board member of Amnesty International Hungary, for a period of eight years. In that capacity, she worked closely in a team on strategy to guide the organization and its advocacy campaigns, on outreach and program evaluation. As Chair, she led two director searches, and also took part in conflict mediation and resolution.  She joined the NYCREIC in May 2015, and has been a member of the Public Building Inventory Group (PBIG), as well as working on the Newsletter team, giving her a broader overview of the process of all the workgroups up to now. In the PBIG, she has been researching and doing community outreach around the Coney Island Pumping Station, and she gave testimony for its landmarking status at the NYC Landmarks Preservation Commission (LPC). She is committed to the values and ideas underpinning the REIC, and is honored to be a part of the body guiding its next phase. 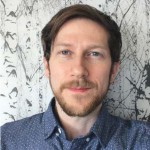 David Glick is an architect and urban designer, with nine years experience on cultural, educational, and public space design projects. He also holds a Master’s degree in Urbanism from Harvard University, where he studied real estate, urban politics, and participatory planning, with a research focus on innovative community based initiatives in Europe. By highlighting keys to success from other examples he is inspired to dream about what is possible, while tethering this optimism to lessons learned from what has not worked. Extending these interests to the REIC naturally led him to the role of facilitator for the Case Studies + Inspiration workgroup, where he has championed internal education as critical to ensuring we are making informed decisions. As a member of the interim facilitation team since its infancy, David’s experience brings valuable continuity to the steering committee.  One of his top priorities is fostering greater collaboration between workgroups; an effort he’s made wide-ranging contributions to over the past two quarters.  David is passionate about tackling technical challenges by helping to bridge a dialog between members with specialized expertise (legal, real estate, community organizing, etc.), and is committed to a participatory process that is transparent and inclusive.  He is enthusiastic about working together toward a board structure and our first project!

I believe that we can be both community-focused and industry-focused. We can work together to protect homeowners, small businesses, local jobs, and promote ethical and transparent behavior within the real estate industry.

Growing up on Long Island with working-class immigrant parents, I witnessed first-hand the hard work and struggle my family went through in order to purchase and keep a home. For the past 15 years I have worked in many sectors of the residential real estate industry. I have been involved in many transactions, including loan originations and representing buyers and sellers. I am routinely invited to conduct presentations throughout Queens, Brooklyn, and Long Island. My passion revolves around educating and assisting first-time homebuyers and homeowners by working in the best interests of individuals, families and communities. My educational background includes a Bachelor’s degree in Finance from the University of Albany.

In 2011 I was awarded a citation from the Nassau County Office of the Executive for continued and exemplary service to the community. 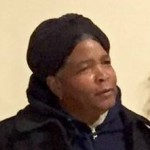 K is a born and raised Harlemite. She has strong concerns about what is happening in her community such that the cultural character is changing so that it doesn’t look like Harlem anymore. She wants to see the cultural integrity of places across NYC maintained. She believes that things can be done to keep cultural character strong in Harlem, Chinatown, and the many places that make New York what it is and that made people want to come here. She has a strong concern that, when communities are heard, that they are not considered less intelligent than anyone else; if uptown wants something different than downtown wants, those needs should be understood as what makes those communities special. As a member of the Steering Committee, she brings this position so that folks will remember it. She ran to ensure that the committee is diverse not just in terms of race but also in terms of age.

Dan is an architectural designer, technologist, and teacher — he is interested in creating cooperatively-run physical spaces, communal facilitation practices, cybernetic architecture, computational architecture, and ethical pedagogy. He is a founding member of Prime Produce, a non-profit membership cooperative and a guild for social good, based in Hell’s Kitchen. He’s a founding member of Soft Surplus, an intentional learning collective, part of Cybernetics Library, an artist-run research library and an adjunct professor at Columbia GSAPP, where he teaches on architectural representation, experimental technological design tools, and cooperative pedagogical practices.

Dan has been involved with the NYC REIC since its first meeting in May 2015! He’s interested in the architectural strategy and cooperative project management aspects of the REIC. Dan was a facilitator of the Project Scoping workgroup, and facilitated the cooperative creation of the Project Selection Criteria. He was also part of the Data Management Workgroup, and created of the current data/spreadsheet/membership tracking structure that the REIC creates. He believes that an ethical, thoughtful, and cooperative process can happen through the logistics, financial, and operational parts of a project, and is excited to continue to work on NYC REIC as an anti-displacement, activist real estate project.

The NYCREIC is led by the Founding Board. We were elected by membership as a Steering Committee in 2016, and became a Board in 2017 when we incorporated a nonprofit with help from incredible volunteer members and lawyer.

The Board has since appointed members to join the leadership as Officers.

Here are the coop’s bylaws.

The Board meets regularly to discuss all matters of the NYCREIC. All meeting minutes are available upon request. Contact the leadership at steering@nycreic.com or (718) 316-6092 X 5.